Today found me heading back north up to the Yorkshire coast to look for one of Europe's most stunning birds, a Roller.  This bird was originally found at Spurn last Tuesday but rather unsociably, chose to vanish before I was able to see it whilst up north earlier in the week.  Thankfully the bird was relocated further north at Aldburgh and has remained for several days feeding on a ploughed field.

Arriving shortly after 3pm, the Roller was immediately visible, quite distantly at first but eventually came closer though still about 75 yards away, and quite simply, WOW, what a stunning bird, the turquoise body and chesnut mantle make this bird quite amazing to watch.  For the next couple of hours, the bird delighted birders and passing locals alike, though as the weather turned colder it must have been wondering what it was doing so far from the Mediterranean!! 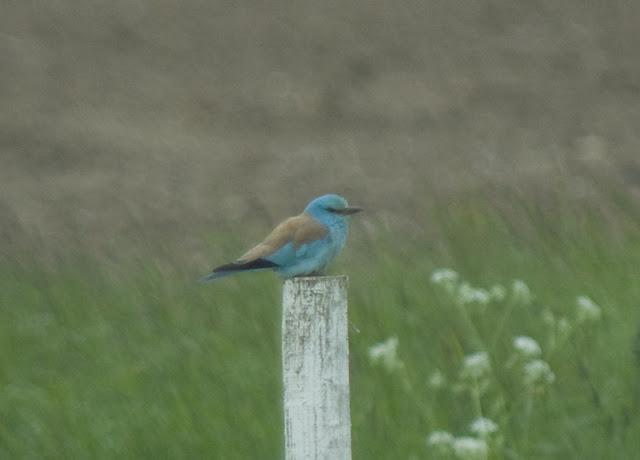 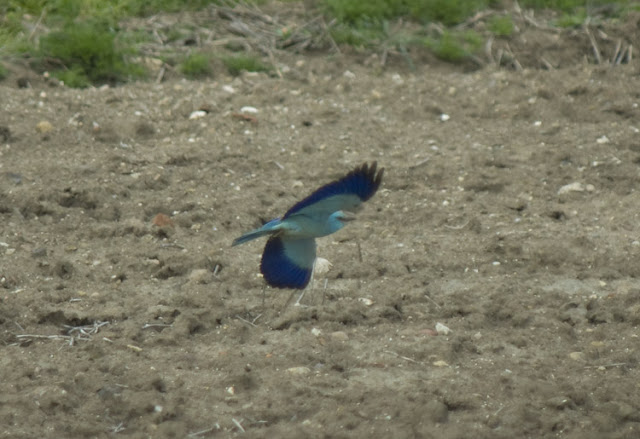