Out with the old, in with the new

I'm sure a lot of people were glad to see the back of 2016, and with the new year's weather forecast in Norfolk less than appealing, I spent the new year with Toni in Yorkshire.  Although New Year's Day is traditionally the big day, the sunny weather on New Year's Eve was too nice not to be spent out and about with the camera and what better subject than Waxwings.  A flock of about 30 had been around Hessle for several days and typically in supermarket car parks where they showed well to birders, photographers and bemused shoppers alike.  Today was no different with the flock having now increased to 42 and showed very well as did a few Blackbirds, also feasting on the berries. 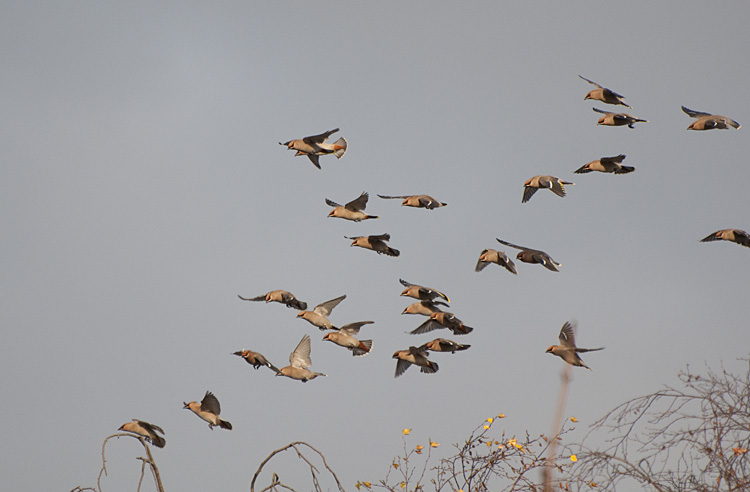 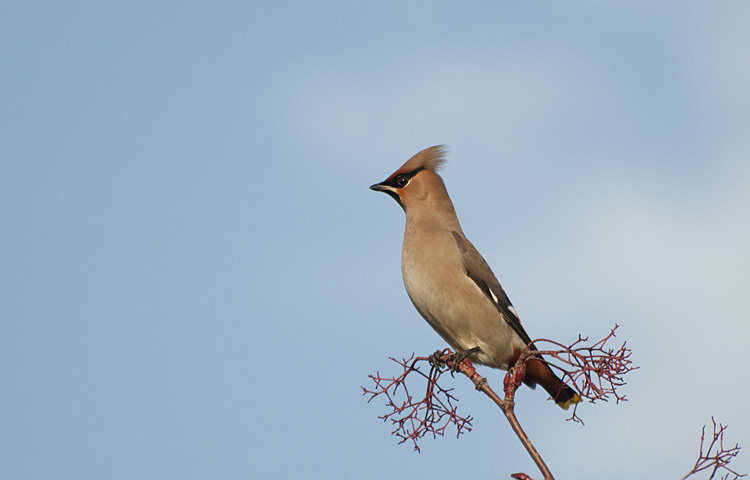 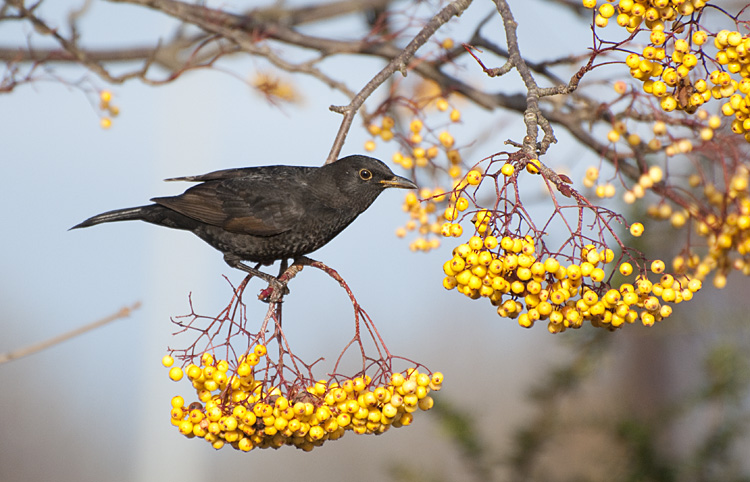 On the way back to Laxton, we stopped off at Saltmarshe Delph where there was an amazing Starling murmuration of about 20,000 birds right overhead before dropping into the reedbed. 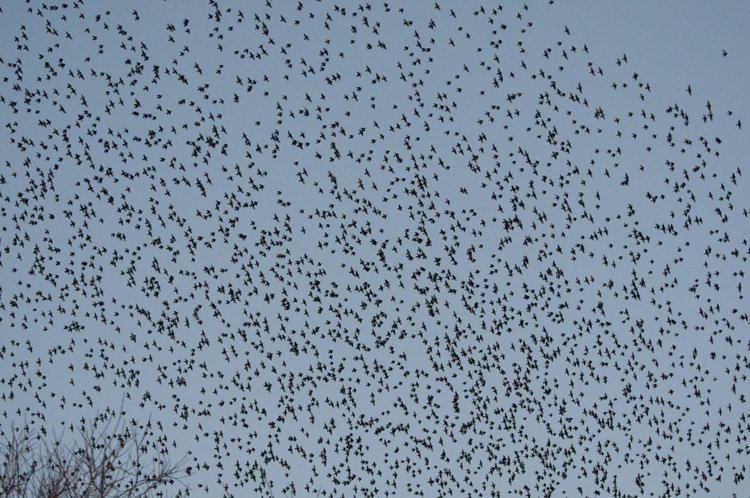 New Year's Day dawned dull and wet and enthusiasm was so low that we even stopped for a McDonald's breakfast rather than rushing off to rack up as big a list as possible.  Thankfully by the time we got up to Skinningrove on the Cleveland coast, the weather had improved but was incredibly blustery.  The Eastern Black Redstart that had been there for several months must have been wondering why it had stayed as it huddled in among the rocks when we arrived, but eventually became more active and very confiding, at one point landing a few inches from my foot as I sat on a rock. 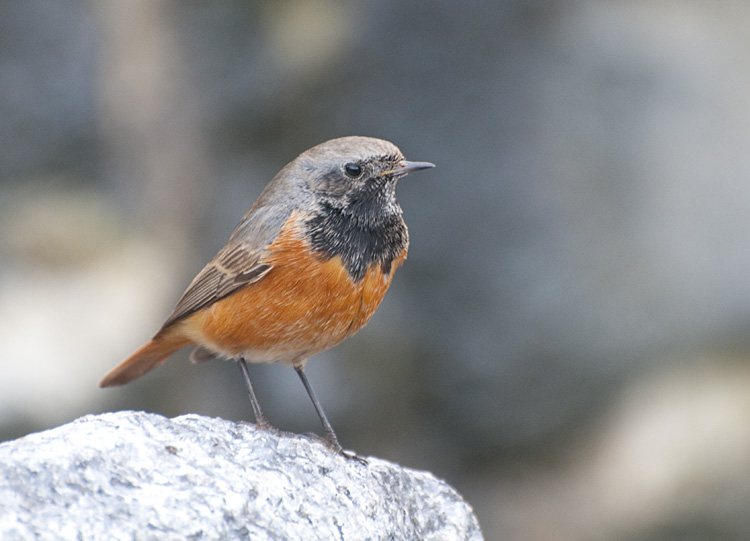 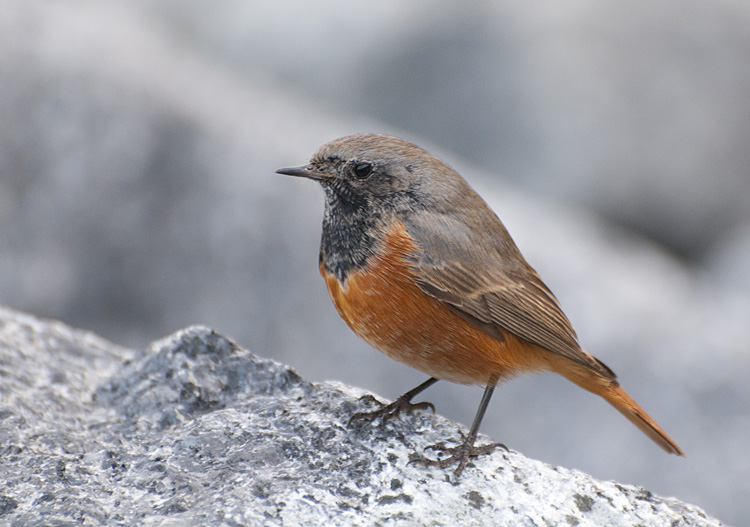 We finished the day in Scarborough with a short fruitless look for a Glaucous Gull at Scalby Mills but then more success with the Black-necked Grebe and Great Northern Diver in the harbour along with a few Red-throated Divers and a Guillemot. 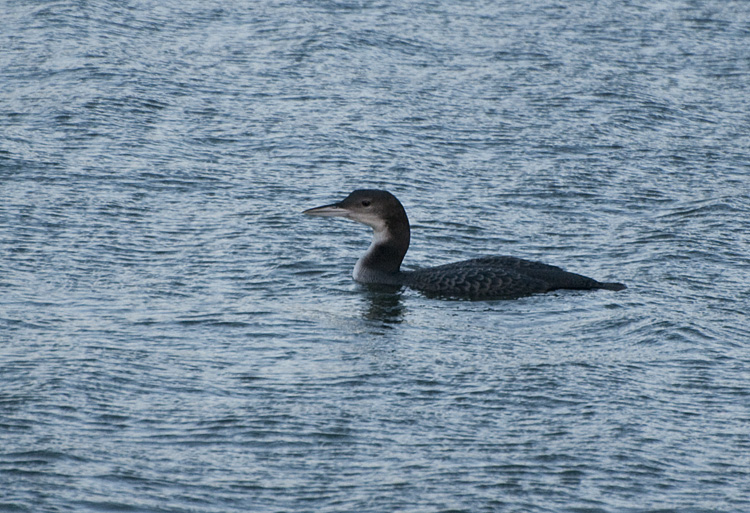 The weather on the 2nd was much nicer and a pleasant hour was spent at Saltmarshe Delph were the regular pair of Willow Tits were again around the now empty feeders, but frustratingly tricky to photograph, only the bird with the white flecks in its cap showed well enough in the sunny patches of the woods. 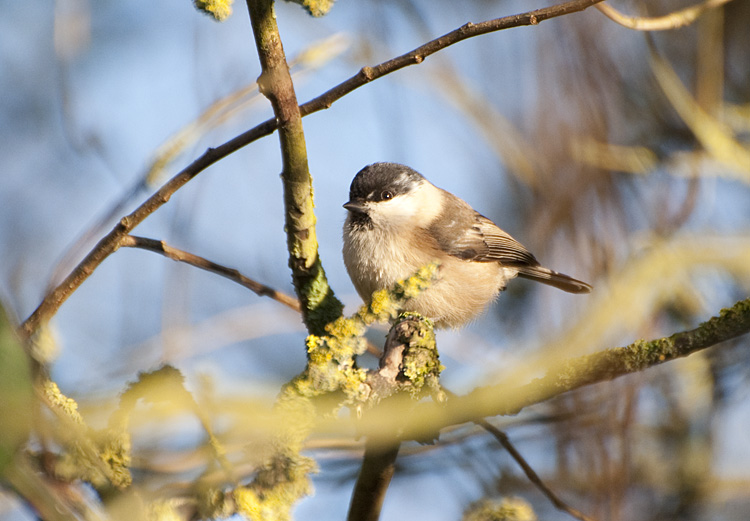 Posted by Neil Calbrade Photography at 20:05 No comments: