Having endured the 10 hour flight to Vancouver followed by the diversion on the route over Whistler to Williams Lake and then the long drive west to down the infamous "Hill" (which really isn't anywhere near as scary as folk would have you believe even though it has its own Wikipedia page), we finally arrived at our first destination - Bella Coola.  This is a place we visited five years back to photograph Grizzlies and we have returned for more of the same as they gather along the river to feast on spawning salmon.

There is a bear viewing platform in the valley, manned by a couple of rangers where Grizzlies can be safely viewed.  On arrival, a large male Grizzly was present in the river but never came close enough to warrant photographing, instead staying on the shaded side of the river, tucking into a few salmon. While we were there another photographer told us of a Moose further down the valley that had joined a group of cows in a field.  As Moose are something of a bogey species for us having missed them in Canada last time and only seen them briefly and in poor light in Estonia, this was too good an opportunity to miss.  Sure enough, as we drove down the road where another couple were already watching the field, there was the bull Moose with the dairy herd, which didn't quite know what to make of their companion that clearly thought he was a cow! 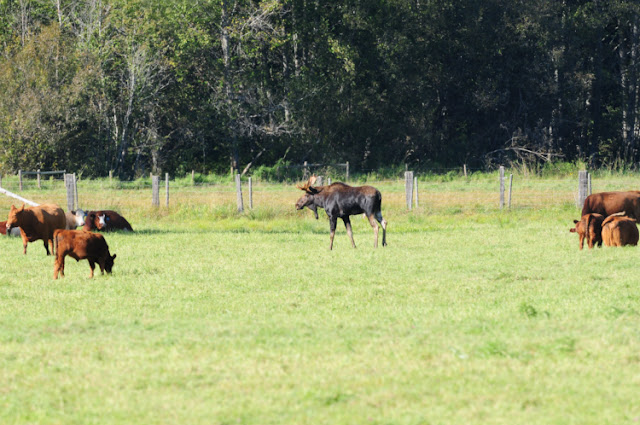 After checking in at the Bella Coola Mountain Lodge, we headed back out in the evening and as we drove around a back road over a small river, a small group of locals beckoned us to stop and look.  Sure enough, in the river was a female Grizzly with two quite big cubs, feeding completely unbothered by their appreciative admirers, though the light wasn't the greatest in some parts of the river. 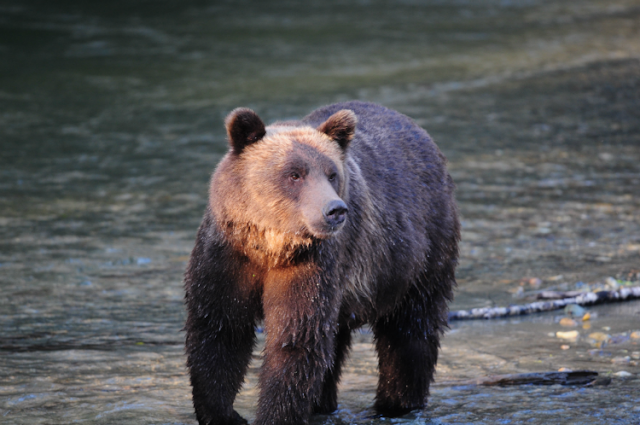 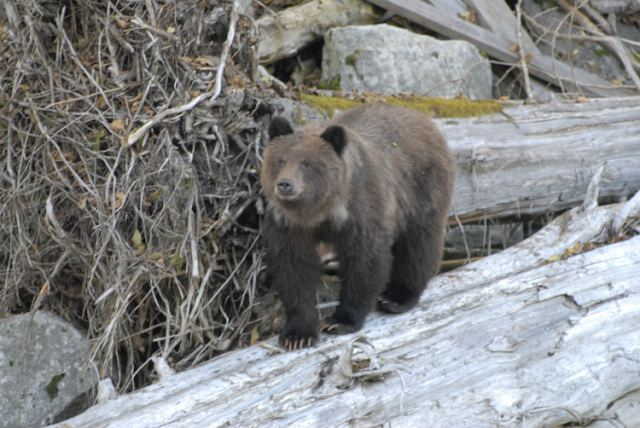 On the way back to the Lodge we went back to the Moose which was feeding much closer to  the road. 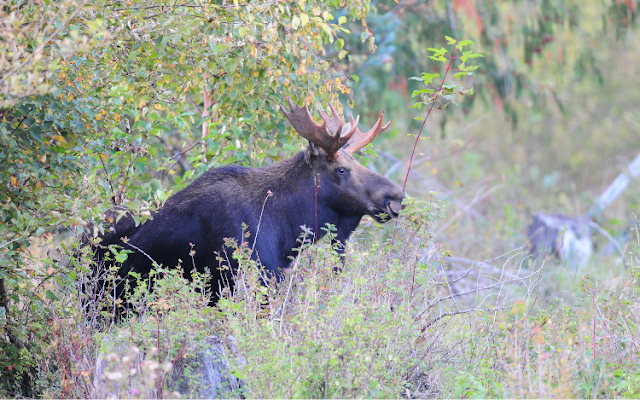 Posted by Neil Calbrade Photography at 22:24 No comments: