Having only had flight views yesterday I didn't really expect the Long-eared Owl to stick around, but fortunately this lunchtime John Marchant relocated it perched in full view along the edge of one of the lakes. A quick dash down there showed it to be duly obliging and it made its way onto a few lakes lists in the process... 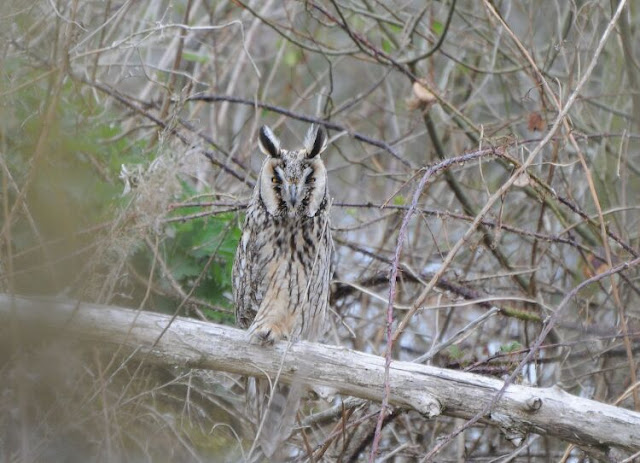 Although not a migration hotspot by any means, the Nunnery Lakes Reserve is still a nice place to spend a few hours wandering around on a sunny spring morning, and you never know when something out of the ordinary may appear, and today was one of those days.
Whilst trying to photograph a Nightingale which was found last week and was singing well, both Dave Leech (who probably had his head in a bush looking for a nest) and I heard the distinctive song of a male Firecrest, which despite there being a healthy population in Thetford Forest are very scarce visitors to the reserve.  After a short search, we located it high in a pine tree where we had good views. The troops were rallied and once Nick arrived, we relocated the bird where it showed superbly, much lower down, and despite its constant movement, did allow me to get a good series of photos. 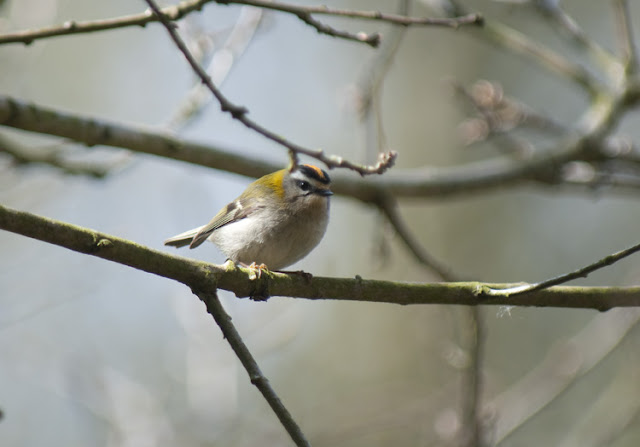 Once we had all had our fill of the Firecrest and went our separate ways, I resumed my quest for the Nightingale, and was amazed when a Long-eared Owl flushed from virtually under my feet!  I phoned Nick who was leaving the site, but quickly made a u-turn and after a search, the bird again flew up from the ground and showed well flying across the lake before dropping again, where we left it in peace.  In flight it seemed to dangle its right leg, which may explain why the bird favoured the ground rather than perching up in a tree.
I couldn't find yesterday's Whinchat which had been seen earlier, but with 4 Crossbill flying over, singing Garden, Reed, Sedge and Willow Warblers and lots of hirundines around, it was a memorable morning nevertheless.
Posted by Neil Calbrade Photography at 17:08 No comments:

Even though the cold north wind that has been blowing lately has changed, spring still hasn't got going.  This lunchtime around the Nunnery Lakes had a distinct winter feel to it, not necessarily due to the temperature for once, but the birds, most notably the Fieldfare and Brambling that were singing.  Even more unusual than these Scandinavian songsters was a group of 6 Crossbills which showed well around the edge of D Lake, often dropping down to drink on the edge of the lake.  The group consisted of 4 males and 2 females, with one of the males staying in the top of an oak tree singing whilst the others came much lower and thankfully for once I had my camera with me to get some shots. 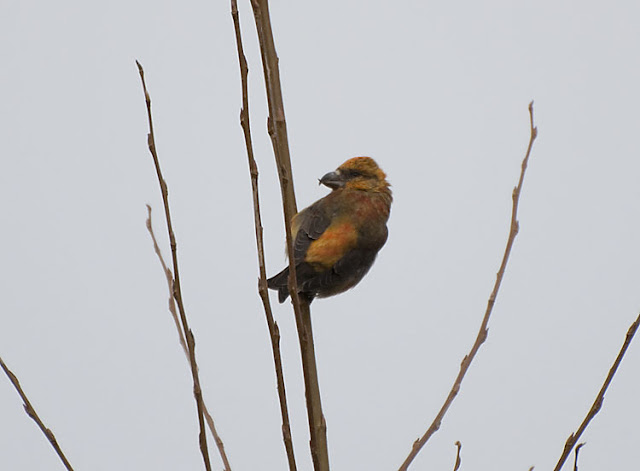 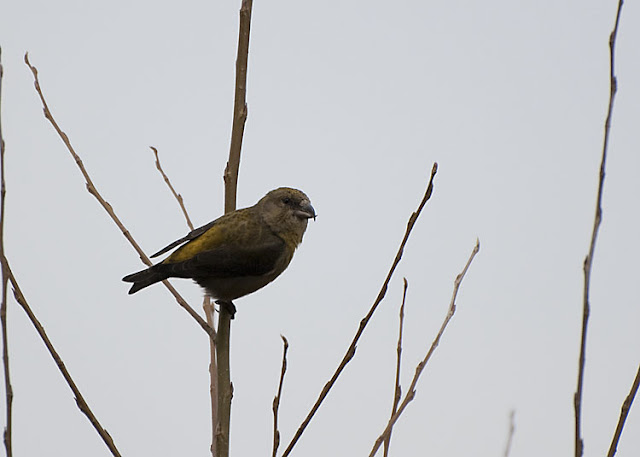 There was a touch of summer too with a solitary Chiffchaff singing and showing well, but surely more migrants will be on the way soon, it is April after all! 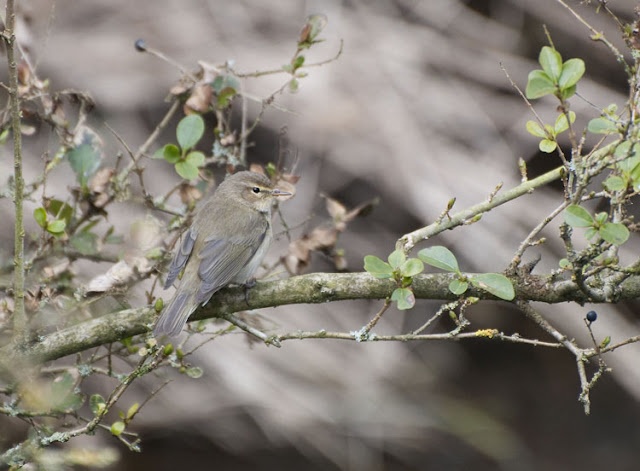 Posted by Neil Calbrade Photography at 21:02 No comments:

Get in the ring

Every spring I spend hours driving round the various lanes around the Brecks trying to photograph boxing hares, almost always without success, either the hares haven't cooperated or there hasn't been somewhere safe to stop the car.  So far this year, with the winter lingering through March, the hares when I have seen them haven't been very active and with the brisk, and not to mention, extremely cold wind that has been blowing lately, the hares have usually been sat low down with their ears back. They are still generally wary of a car pulling up near them, but occasionally they will only run a short distance before stopping again, so with persistence photography is possible.
This morning the sun was shining and the wind have dropped so Toni and I were out early having located a likely spot and the hares for once didn't disappoint and 2 hares even divulged in a spot of boxing, though they were just over the brow of a hill (well, a hill in Norfolk terms anyway) so this shot is fairly heavily cropped... 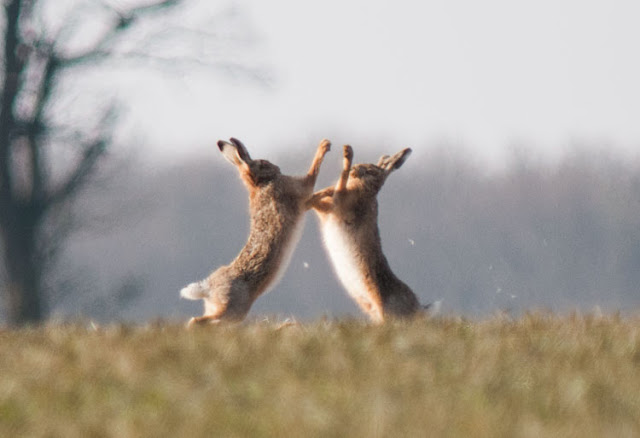 With luck now we've found a good spot where we can park safely and there are plenty of hares we may have more success here over the coming weeks, assuming spring continues to be pleasant that is!!
Posted by Neil Calbrade Photography at 21:33 No comments: