After twelve hours of flights to Bangkok, an overnight stay in an airport hotel followed by a further 2 hours to Medan in Sumatra and then a 4 hour white knuckle ride (including a motorised rickshaw bumping into the back of the vehicle we were being transferred in), we finally arrived in Bukit Lawang as dusk fell.  On arrival at the Ecotravel Cottages, we were told that the Orangutan feeding platform had been temporarily closed due to a lack of a boat, though I'm not sure that is the real reason given how wide and shallow the river between the village and the Gunung Leuser National Park where the platform is, is and more about cutting down the Orangutan's dependency on the platform.  This meant that the Oranguntans we had travelled to see were now not going to be guaranteed to see, let alone photograph.

Next morning we were up and out bright and early exploring the local area before breakfast, though not seeing much it has to be said, a couple of familiar faces - Tree Sparrow and Grey Wagtail among the few bird species we saw along with more exciting Blue-eared Kingfisher and Pacific Swallows. 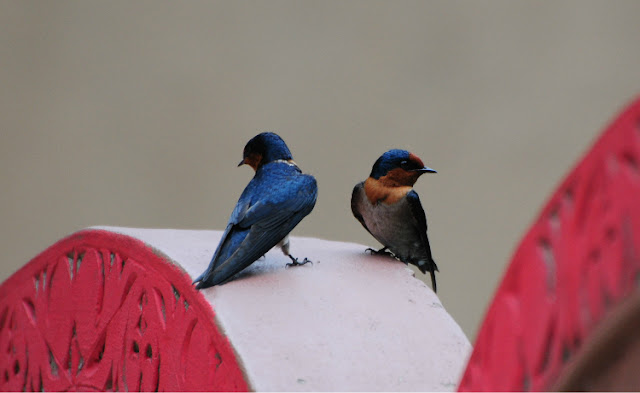 As we were about to have breakfast, a small group of Orangutans were seen across the river from the cottages which we were able to then watch while we ate our breakfast, with at least 3 animals present, though photos were a little more distant than we would have liked but a great start. 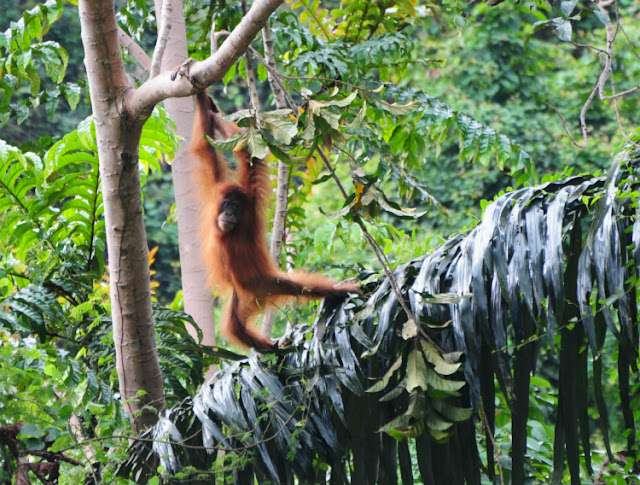 The rest of the day was spent ambling round the village, adding Orange-bellied Flowerpecker to the struggling bird list, and then in the late afternoon walked to the bat cave on the opposite side of the river.  As the temperate dropped slightly, birdlife became a bit more apparent, though their habit if staying high in trees doesn't make for easy viewing or in some cases, identification, though Asian Glossy Starling, Grey-breasted Spiderhunter, Grey-streaked Flycatcher, Yellow-vented Bulbul, Greater Coucal and a group of Blue-throated Bee-eaters were seen.  As we crossed the river, a group of very funky looking Thomas' Leaf Monkeys crashed through the trees, posing near us on the bridge before carrying on. 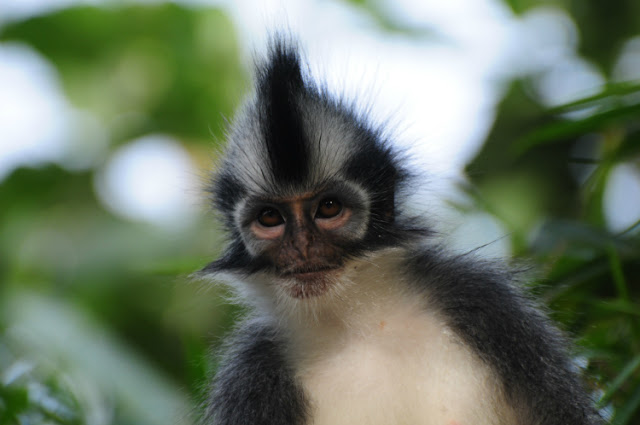 As we arrived at the bat cave, a much larger ape was crashing through the trees, this time a male Orangutan and although the light where it was wasn't the best, it was fantastic to see this majestic animal at much closer quarters as he looked down at us. 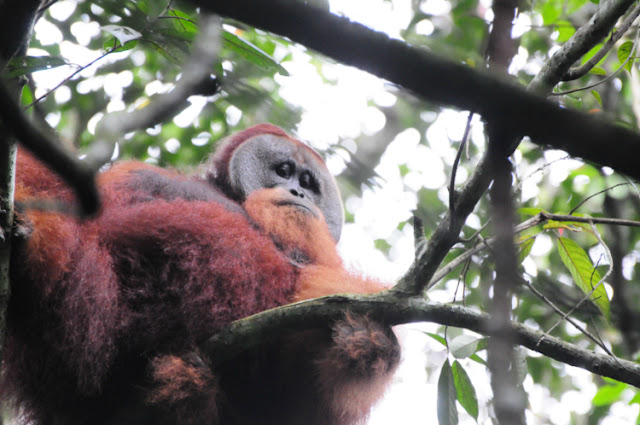 The bat cave itself was an interesting experience, being led over an assault course of rocks that health and safety in Britain would not allow in a million years, by a guide who showed us the fruit bats but photographing by torchlight really was a hit and miss affair. 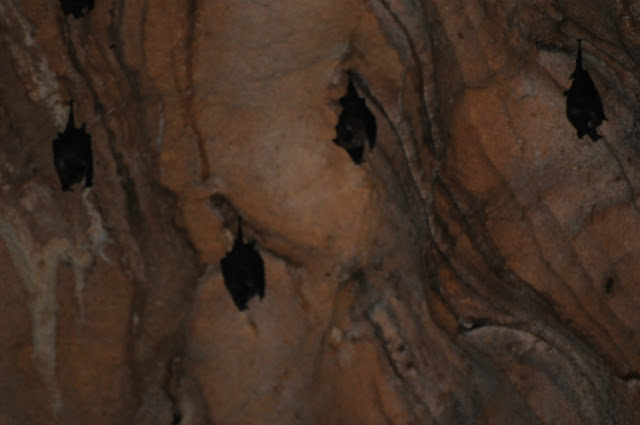 Posted by Neil Calbrade Photography at 06:43 No comments: