As I always say whenever I give a talk about the Wetland Bird Survey (WeBS), The Wash is the Manchester United of the bird world!!  No other site in the UK comes close to replacing it as the best site for waterbirds in the country with a five year average of over 300,000 birds counted in one month.  At high tide, all the birds which feed out on its extensive mudflats get forced to find somewhere dry to rest and on the Norfolk side of the Wash lies the RSPB's Snettisham reserve where vast flocks roost on the pits there.

Today, as the tide is at its highest this month, I joined forces with fellow WeBS organiser Chas Holt and artist Richard Thewlis to go and visit Snettisham to watch the spectacle.  Arriving at 7am, we set off on the long walk south to the hides with the hope of being able to photograph the waders at close range as they get pushed on to the pits.  Unfortunately, as we entered the first hide, two photographers had already claimed the best spots, inconveniently spreading themselves out so nobody else could get near so I abandoned that plan and headed to the furthest south hide which I had all to myself, though the birds were nowhere near as close, but large numbers of Oystercatchers were present on the shingle bank giving a noisy spectacle of their own. 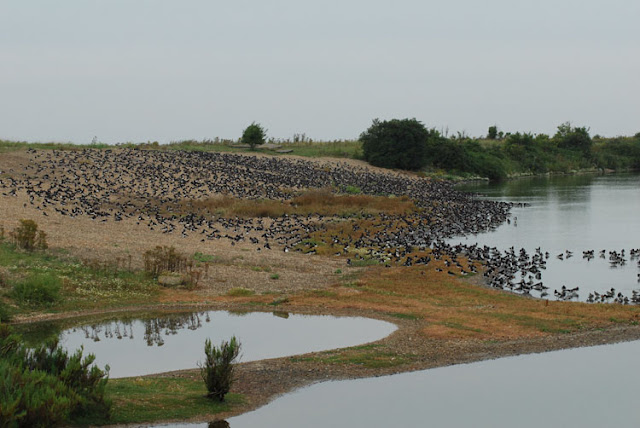 The light through most of the morning was poor and flat so I wasn't able to do as much photography as I had hoped, and despite the height of the tide, the birds weren't as numerous or as close as when Chas and Richard visited last month.  Having split up to do our own thing, I picked out a Wood Sandpiper amongst the masses, but was soon outclassed by Chas who found a White-rumped Sandpiper, though by the time I had ambled up to where he was, the bird had got lost amongst the throngs of Knot and Godwits, though some compensation came in the form of a flyover young Spoonbill. 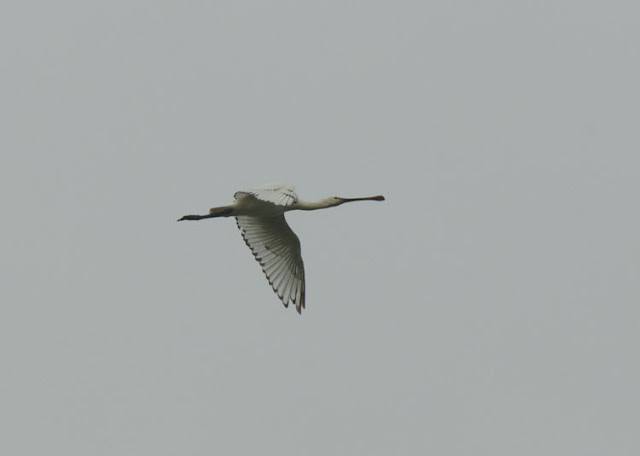 As the tide receded, birds started to head back out onto the Wash and so I spent a short bit of time trying to photograph waders on the mudflats as they became exposed, but it is amazing how quickly it empties and before I knew it the mud extended as far as the eye could see and birds soon became too distant once again, though a few Turnstones did stay in close enough for a few shots. 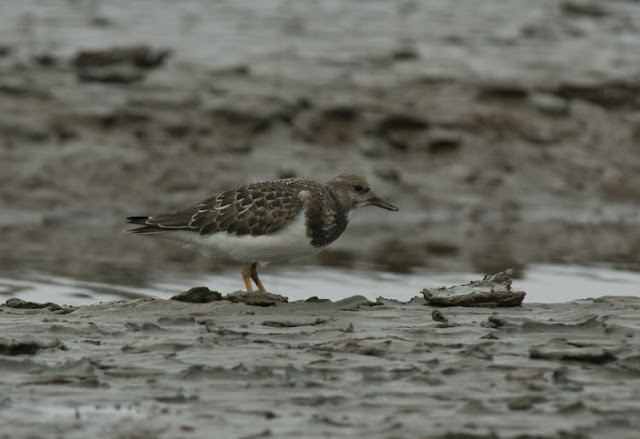 As the year progresses, the number of birds will increase, and although photographic attempts were thwarted on this occasion, a return visit or two will be made this coming winter.
Posted by Neil Calbrade Photography at 20:49 No comments: