Last week a Snowy Owl was seen by a member of the public near North Wooton, on the edge of the Wash, and then on Friday was relocated on the north coast on Scolt Head.  Due to commitments at a conference, yesterday when the owl had been showing all day at Titchwell, albeit very distantly, I wasn't able to go and with negative news this morning, I had given up hope of seeing this bird and as the rain began to fell, I started doing domestic chores.  At lunchtime, the owl was amazingly relocated not far from its original location, at the south end of Snettisham RSPB reserve and once I had seen a couple of chores and had seen some pictures on Twitter of it showing much closer than on previous days, it was a bit too much to resist.  Leaving a bit later than ideal at 3pm, we got there just after 4pm and began the long walk from the car park to the far end of the reserve.  Thankfully the owl was still present when we arrived and had conveniently left the tussock it had been sat on and was sat in full view on a fence post only 80m away giving quite stunning views completely unconcerned by the throngs of birders.  We stayed until dusk when it flew a short distance, with a couple of Barn Owls hunting nearby, often in the same 'scope view as the Snowy. 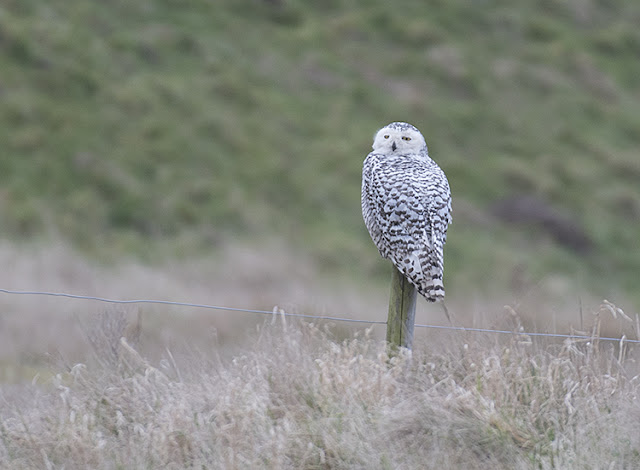 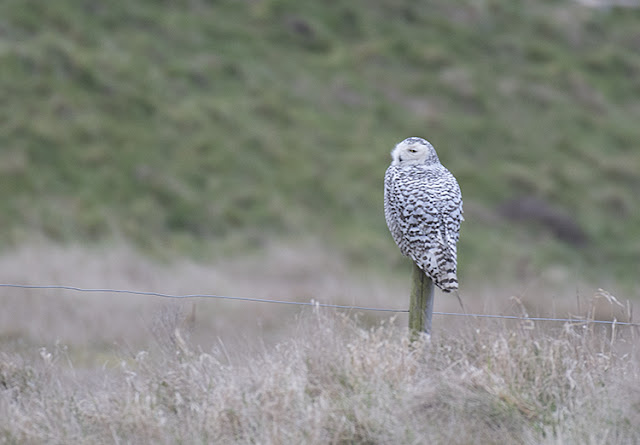 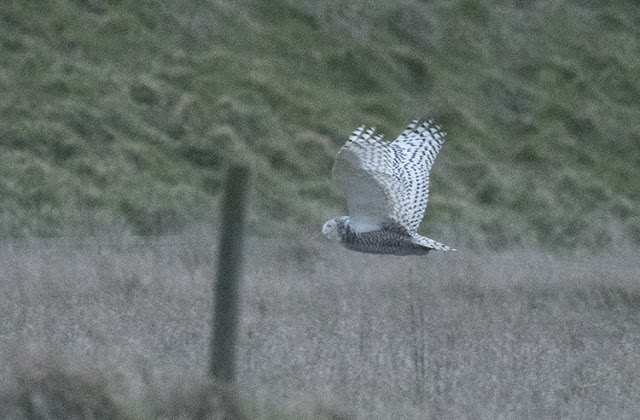