Stopping for a quick chat

With a Hertz hire car eventually secured, we have been able to get out and about and see much more of the island, and more importantly, more birds!  On the 4th, we headed up to El Cotillo for the night, stopping at La Olivia en route for a quick look for Houbara Bustards but none we showing, just a very fast running Cream-coloured Courser.  Next morning I headed out before light, actually in my enthusiasm, well before light in search of Bustards on the plains to the south of the village. After quite a bit of scanning, the distinctive head and neck of a male Houbara Bustard stood above the scrub but quite distant.  I manoeuvred the car to try to get a better look and completely lost him for several minutes until I noticed a white object moving in zigags up the hillside as he has fluffed his feathers up and was displaying, but unfortunately, becoming ever more distant.


After breakfast we headed south to Costa Calma, stopping at Los Molinos Reservoir where after a bit of a search, a pair of Canary Islands Chats, the only true endemic of the island were eventually seen and showed exceptionally well. 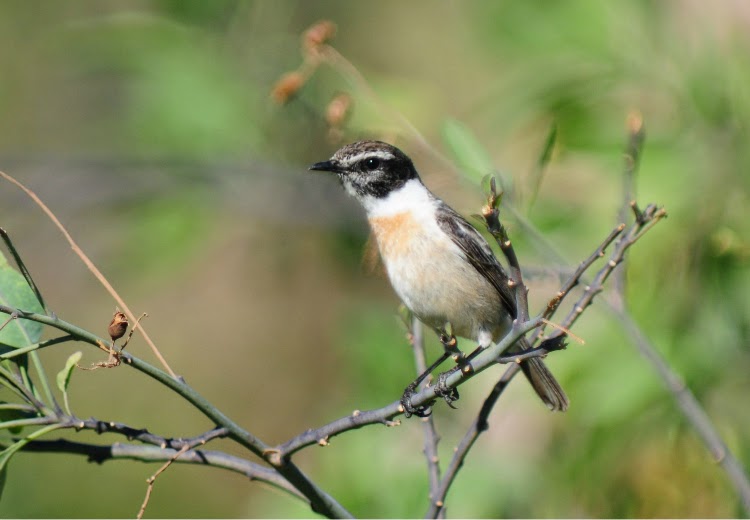 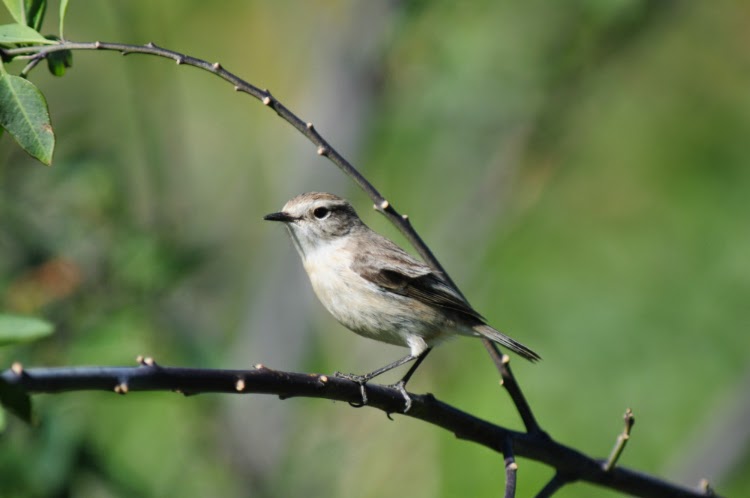 Further south, a short walk round Betancuria where the island race of Blue Tit and a singing Sardinian Warbler were the highlights, a stop at a mirador on the Pajara road gave ample opportunities for photographing the local Barbary Ground Squirrels that climbed over you in the hope of some snacks, despite the signs asking folk not to feed them, not that many people took much notice! 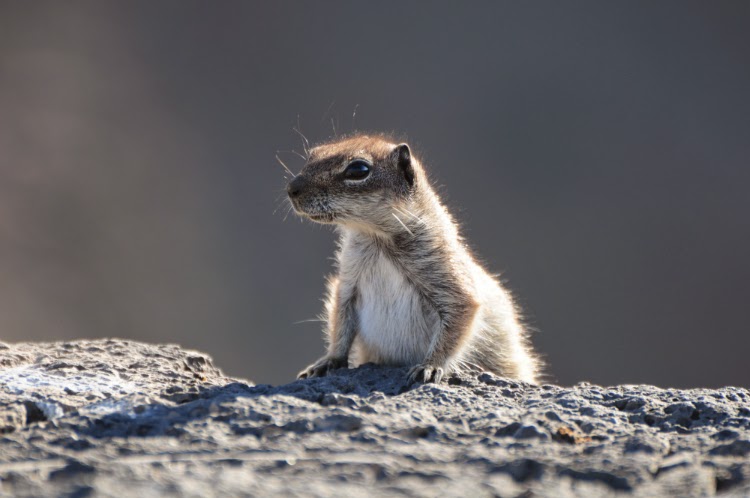 Also happy to pester for a bite to eat were a couple of very confiding Ravens and Berthelot’s Pipits. 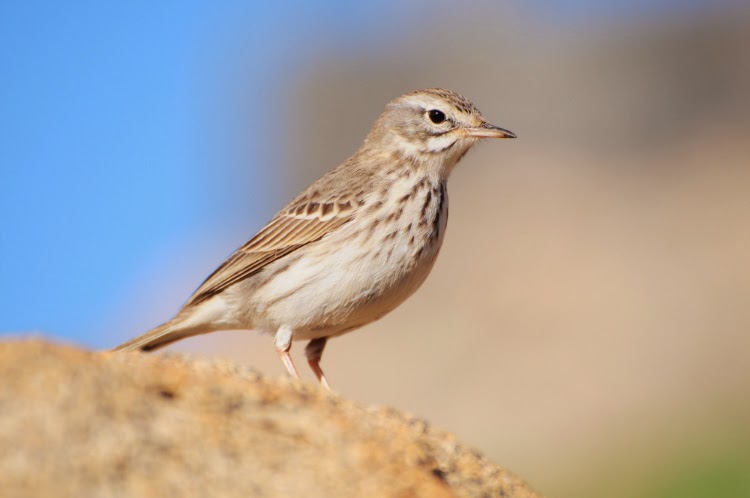 This morning after a hearty breakfast we had a quick drive on the plains just north of Costa Calma, where again no bustards or sandgrouse showed themselves, just another lightening fast running Courser, a brief Spectacled Warbler and a stunning pair of Barbary Falcons. 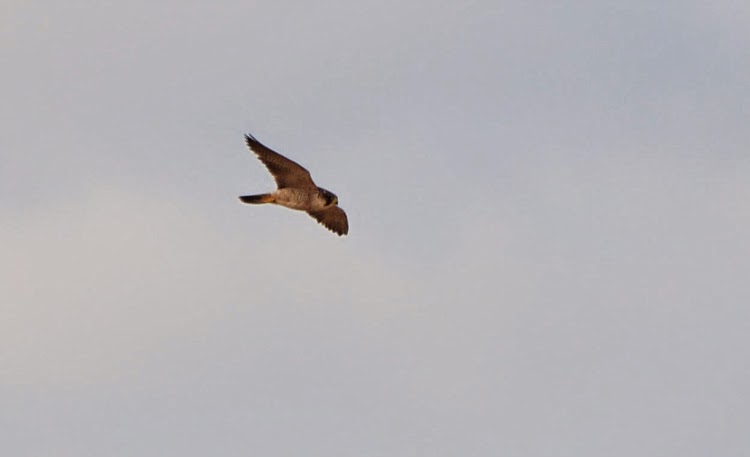 The rest of the day was spent around the Jandia peninsula at the southwest tip of the island, though wildlife was very sparse but for a handful of Atlantic Yellow-legged Gulls and Turnstones sharing our lunch. 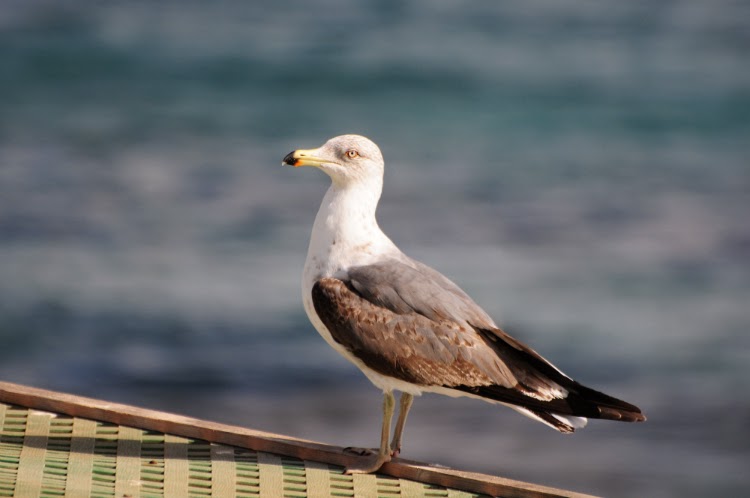 Posted by Neil Calbrade Photography at 21:43 No comments:

Normally when going abroad, car hire is quite a straightforward thing to book, but for some reason, whether it be the New Year holiday or just a general shortage, we were unable to hire a car on arrival, and so have spent the last couple of days since arriving on New Year's day exploring on foot.  Based near Caleta de Fuste, there is apparently good birding locally though after 2 full days, the species list has staggered into double figures.  Thankfully, we do have a car from tomorrow morning and so will be able to explore much more widely. A 14km walk yesterday down as far as the Salinas to the south of the village failed to produce many of the local specialities, though a few flighty Lesser Short-toed Larks and a Southern Grey Shrike on the plains were of interest, though not in the slightest bit photogenic.  Much better were a group of 5 Trumpeter Finches waiting for crumbs from tourists as were several Barbary Ground Squirrels. 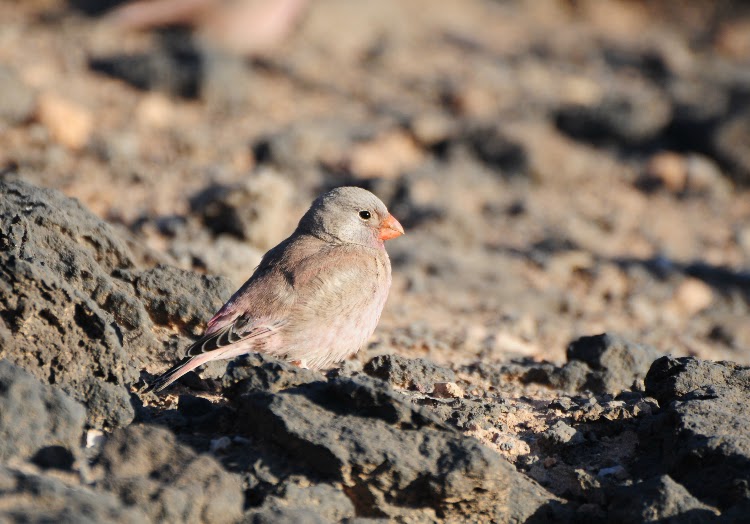 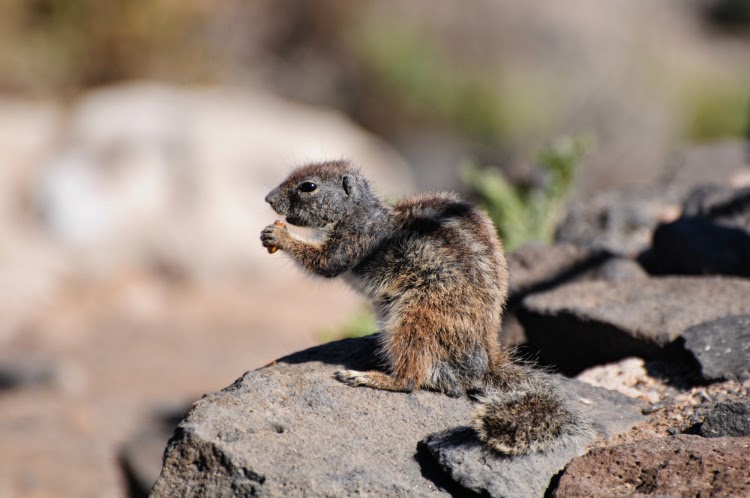 Posted by Neil Calbrade Photography at 15:59 No comments: