Away with the fairies

When I was planning to go to the east coast of Australia, if you had asked me beforehand if there was a particular bird I wanted to see, I would have immediately answered "Superb Fairy-wren"!  Flick through any Australian bird guide and amongst all the other ludicrously-coloured birds like the parrots, honeyeaters and finches you get there will be a few pages of Fairy-wrens which have always held special fascination for me.  They are tiny hyperactive birds, about the size of a Long-tailed Tit and each one as beautiful as the next.  There are nine in total found in different parts of Australia, and on our trip we saw three of these and each one was a little stunner and well worth the long flight.... 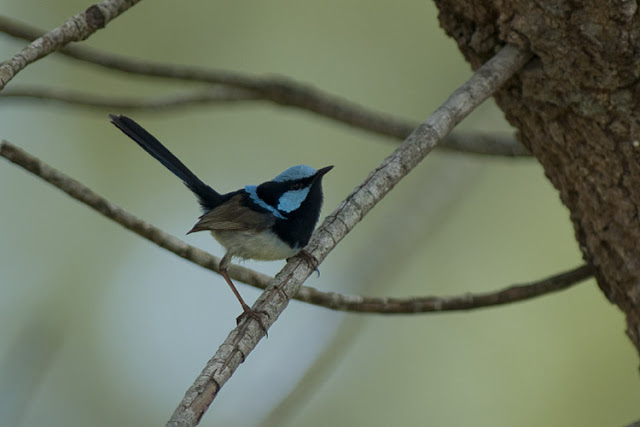 These wrens were by far the most common, once you tuned in to their song, not unlike a scratchy Goldcrest, they are easy to find, many places we went around the Sydney area held them, even McDonald's car park!  The males are absolutely amazing and everything I had hoped they would be, the blue on them shimmers and contrasts well with the black mask and throat.  The females (and eclipse males) of all the wrens look very similar being brown with a red mask, this one is a Superb Fairy-wren at Sydney Olympic Park where they are particularly common. 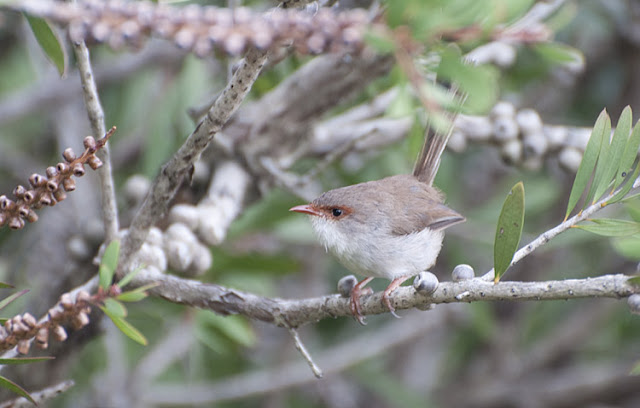 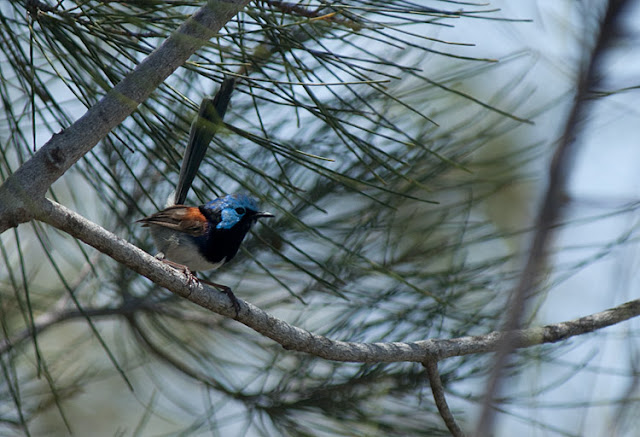 We only saw these birds in Hervey Bay, Queensland but they are widespread down the east coast and like the Superbs, males have black and blue head markings but also show a chestnut shoulder patch. 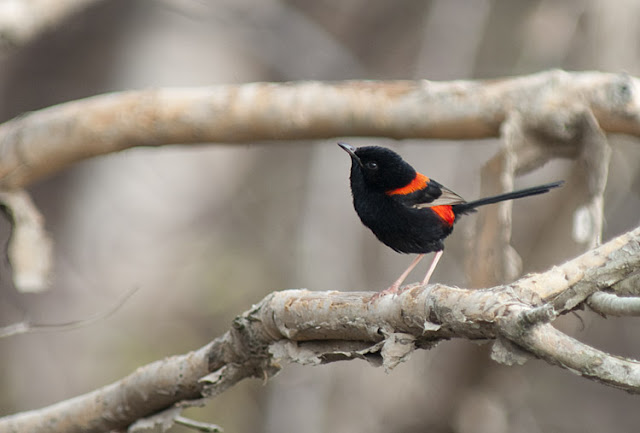 More of a northern species, we saw these wrens at two sites in Queensland, at Hervey Bay where this photograph was taken and at Tyto Wetland Reserve. 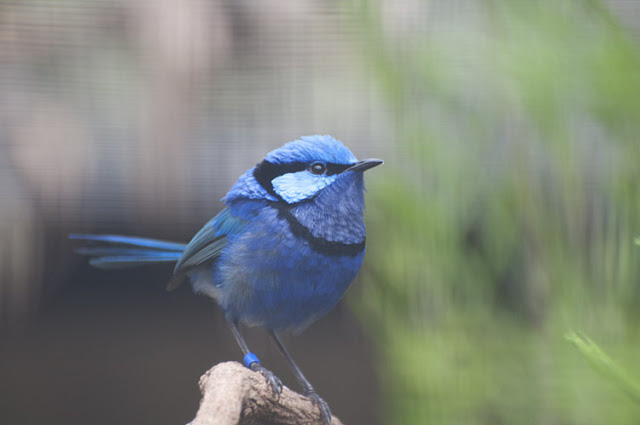 Undoubtedly the most stunning of the wrens, the males being completely electric blue, unfortunately, they are only found in the outback areas where we didn't have chance to go. However on a visit to Featherdale Wildlife Park just west of Sydney they did have a pair in one of their collections, and despite the wire mesh, I couldn't resist taking a few photos.  This is definitely a bird I will have to go back to see in the wild.....
Posted by Neil Calbrade Photography at 07:32 No comments:

Having spent a very hot day on Magnetic Island, totally failing to find any Koalas, we headed further north to Mission Beach in search of the elusive Cassowary.  All along the road leading to Mission Beach are “Cassowary Crossing” signs and speed restrictions, but really how often do you ever see whatever animal it is, be it deer, kangaroo, Koala or in this case Cassowary, crossing a road in front of you? Well, in this case the signs were pretty accurate because as we drove towards the town, there stood right in the middle of the (thankfully empty) road was a Cassowary!!  Totally unfazed by us stopping in the middle of the road, it just carried on strolling across before slipping in to the undergrowth and vanishing, which for such a massive bird is quite a feat. 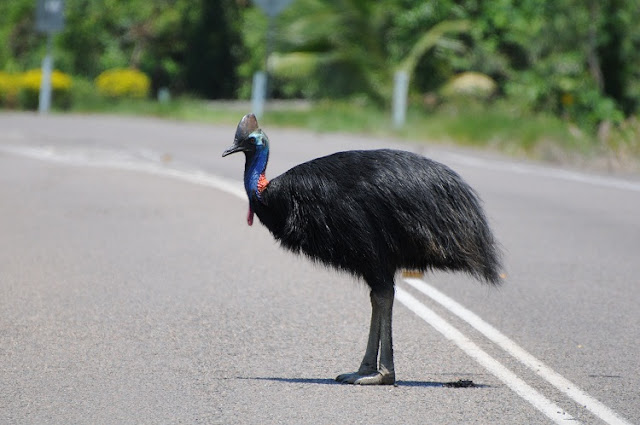 This morning, we were out again to try to get better shots of Cassowary, and after a fruitless walk along a mosquito-infested woodland track, we gave up and headed back to Mission Beach for breakfast.  As we entered the town, there stood on the side of the road was another Cassowary drinking in a pool.  Again, it wasn’t bothered in the slightest as we stopped the car a few metres away and rattled off photos and video before a large van drove past which scared the bird back into the undergrowth. 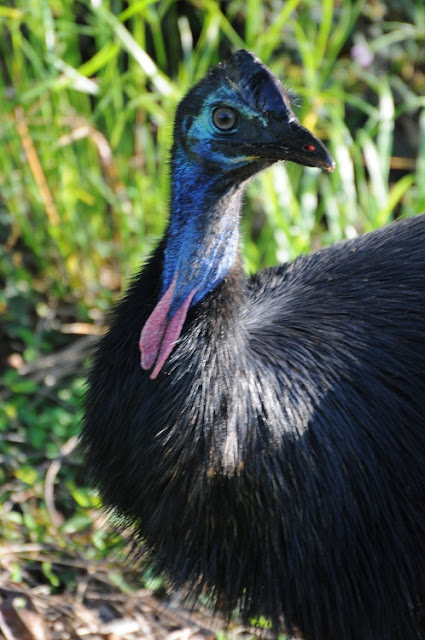 Posted by Neil Calbrade Photography at 21:40 No comments:

Having managed to finally be able to continue our journey north, we dragged ourselves away from Hervey Bay and drove past floods in Rockhampton and forest fires before eventually arriving at Eungella National Park near Mackay.  The target here was the elusive Platypus, and having had our journey delayed by the floods, we were worried that we would only have one evening and morning to stake them out.  However, within seconds of arriving at the view point at Broken River overlooking a slow flowing stretch of the river, there was a Platypus swimming around. Over the rest of the evening and again this morning, we spent several hours watching up to 3 of these fascinating animals, often only a few yards away, totally unfazed by our presence. 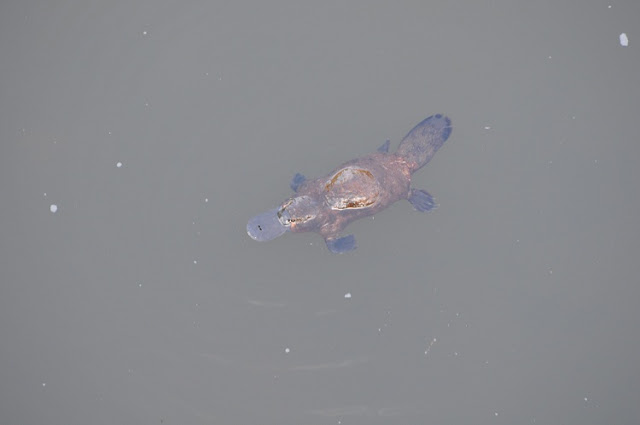 When underwater, they were quite easy to follow by the bubbles they were making as they fed, but they regularly surfaced and looked like miniature crocodiles with just their eyes and backs visible when viewed from the bank, but from the road bridge above the river, their whole body could be seen in the clear water.


Posted by Neil Calbrade Photography at 12:43 No comments: