Who's a pretty boy?

It's not very often since I started going on annual foreign trips that I get the chance to see a completely new species to me in Britain, so a flock of Parrot Crossbills in north Norfolk was a chance too good to miss.  With up to 12 of these irruptive birds having been present at Holt Country Park for a couple of weeks, I finally got round to going and as soon as I got out my car at least 5 birds were visible in the top of a tree in the car park, though soon flew out of sight.  Over the next hour, they did feed out of sight quite a bit but also showed very well, and although they spent the vast majority of their time in the pine tree demolishing the cones, one male virtually posed for the assembled crowd in an oak tree. 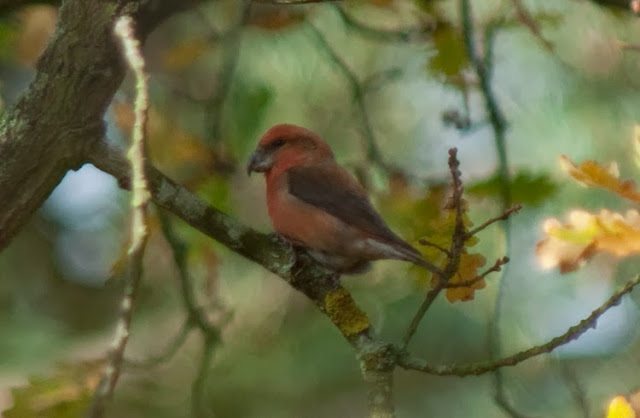 Even though they showed very well, at certain angles the large bill which is the main identifier of this species was not that evident and I do wonder how easy one of these birds would be to miss among a flock of Common Crossbills in Thetford Forest.  A flyover Red Kite was an unexpected sight here too.
Posted by Neil Calbrade Photography at 17:54 No comments: