Following a weekend of easterly winds when I was otherwise engaged, I had the day off to go up to the coast in the hope some of the goodies had stayed.  One such bird, a Siberian Stonechat (recently split as a species in its own right) reportedly showing well at Wells-next-the Sea had lingered and as is often the case, what is reported as showing well on the pager doesn't actually mean anything to a photographer.  On this occasion, showing well meant perched out in the open through a 'scope at a range of 50+ yards, which is fine for looking at, next to hopeless for getting any decent shots, only by heavily cropping an image was I able to get anything. 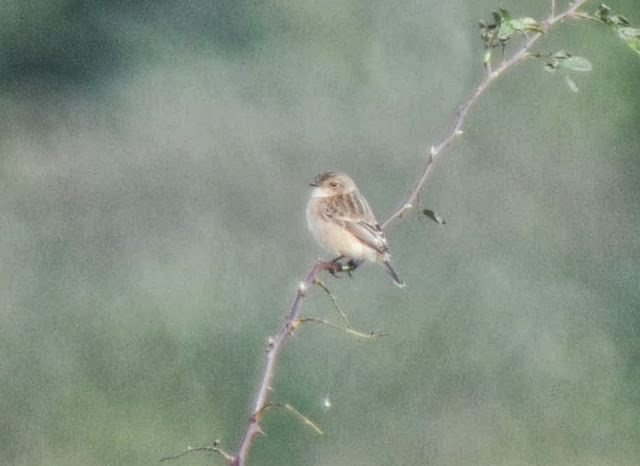 Nearby a Great Grey Shrike was also showing, though even more distantly, and as shrikes do so well, showing on top of a bush one minute, vanishing the next.
Next on to a quick wander round Holkham park to photograph the Fallow Deer, which were taking a rest from their rutting under the trees, and although they are a resident herd and must see people every day are still remarkably wary but by slowly approaching them, good photo opportunities are available. 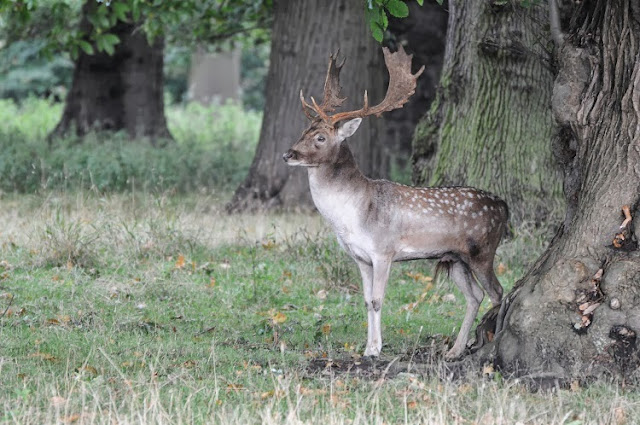 The afternoon was spent wandering around Holkham Pines hoping to stumble across a Yellow-browed or Pallas's Warbler but only Chiffchaffs and an obvious influx of Robins were to be seen.
Posted by Neil Calbrade Photography at 19:44 No comments: