The icy northeasterly wind and remnants of snow in some places over the last few days have certainly given the end of the month a more wintry feel than the beginning of spring, and despite this I have seen my first Chiffchaffs and Stone Curlews this week so the migrants are coming back slowly.  It was still a huge surprise then when I was driving up the Watton road through the village of Breckles this morning when there sat a few feet from the road in a paddock was a stunning male Ring Ouzel.  Quickly spinning the car round, it then showed superbly well, often coming to within 10 metres of the car and often busy road, I can't remember ever having such good views of one. 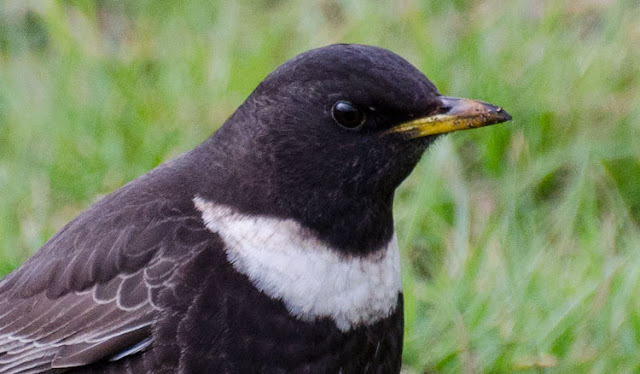 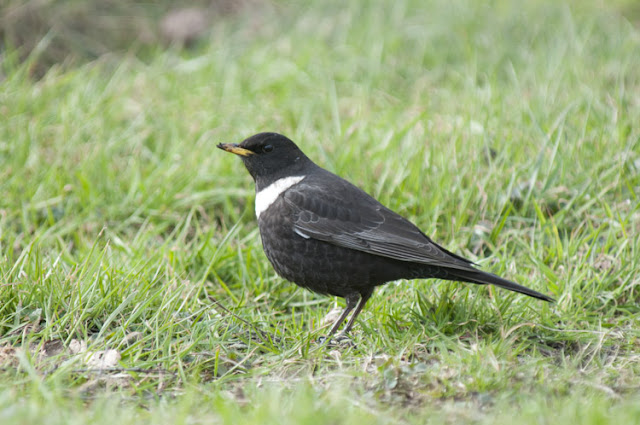 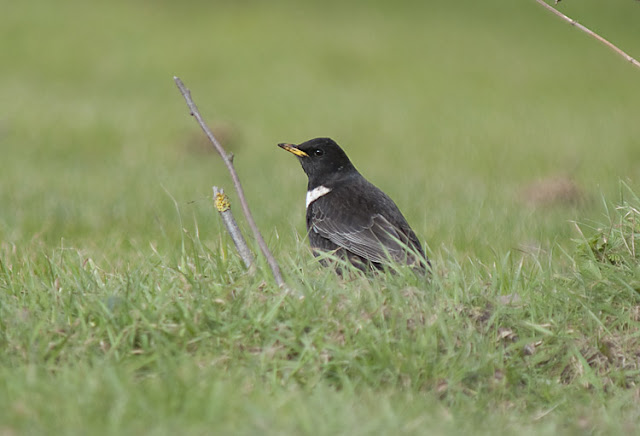 Posted by Neil Calbrade Photography at 21:30 No comments:

Given the amount of snow elsewhere in the country maybe I'm being a bit premature, but lunchtime in Thetford certainly did have a feel of spring about it.  I had a walk along the River Thet, and although neither the Dipper nor Otters were showing (though I have to admit to choosing to go along the river in the opposite direction to the otter photographers!) it was a pleasant walk in the sunshine with Nuthatches, Treecreeper, Kingfisher and this rather fetching Marsh Tit showing well.  Although not as colourful as their better known cousins, I think Marsh Tits are much more attractive and are a bird I have been wanting to get some good shots of for a while, despite seeing them most days around the Nunnery Lakes, so this bird was a welcome sight. 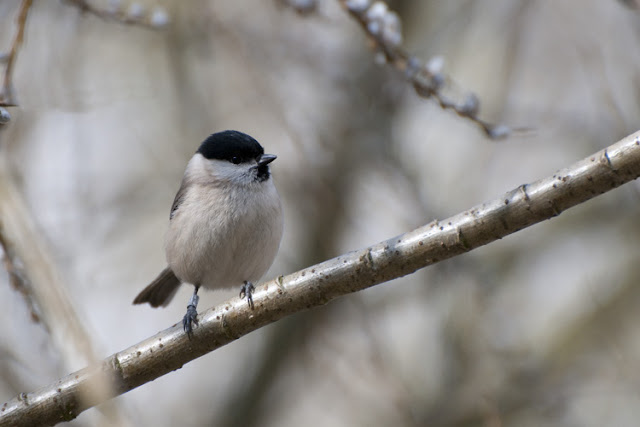 Posted by Neil Calbrade Photography at 21:26 No comments:

For the last couple of years I have been photographing Otters on the rivers around Thetford, and I have always been surprised at how comfortable they have become around people, but the current situation is getting out of hand and some photographers are not helping.  Over the last few weeks, the news has certainly got out through various forums, and wildlife enthusiasts and photographers from around the country are now descending on Thetford to see an animal which is usually so difficult to see.  That is certainly not the case with the two which show regularly often down to a couple of feet away in the middle of the day. 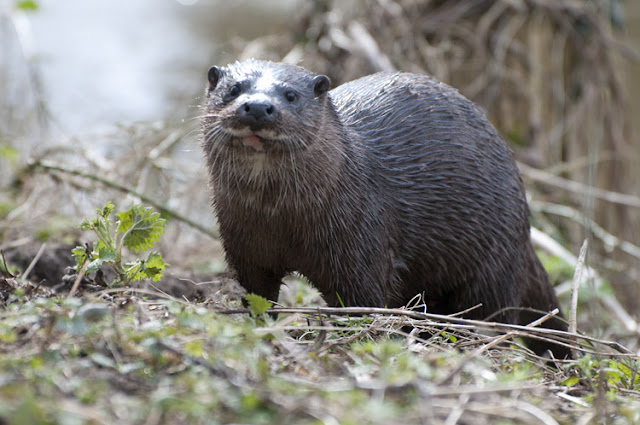 Every day there is an army of camouflaged photographers toting large lenses, and generally the majority have been responsible and well behaved, but sadly there are always some that give the rest of us a bad name.  In this case, there have been cases of photographers feeding the Otters with supermarket salmon and apparently even hand feeding them sardines.  Those involved would argue that it is no different from feeding birds or baiting badgers, when in fact the reality is that the actions of these few could ultimately cost the Otters dear.  The Otter's antics being veracious predators have already attracted bad press locally with people appearing in the local paper with their stories about their fish pond being emptied of their prized Koi carp and a few local free range chickens have met an untimely end.  What feeding these animals now means is that they will become to associate people with food and although they may not be as big as a bear, as Terry Nutkins (of Animal Magic fame from my childhood) would testify if he was still with us having lost a finger to one, they have sharp teeth and I dread to see the stories and the fallout should a child (or adult for that matter) get bitten by one.
Over the past few years they have been fairly tame but nothing like this, often they would swim across the river toward you before quickly turning round and swimming off along the opposite side, but today whilst photographing one of the Otters at lunchtime, whilst sat quietly by the river, the Otter even walked along the bank towards me and sniffed my shoe before jumping back into the water!  Still, for now I will continue to enjoy watching and photographing them and hope they ultimately move to pastures new in search of new territories before anything untoward happens.
Posted by Neil Calbrade Photography at 22:09 3 comments: