Sadly the following morning and evening in Somiedo were rather less fruitful than Friday evening, with the wind picking up and squally showers setting in, followed by torrential rain overnight and unsurprisingly no further bear or wolf sightings. The male Black Redstart that had been singing in Caunedo every morning finally posed for some photographs on the rooftop opposite the bedroom window after a couple of days of frustrating me. 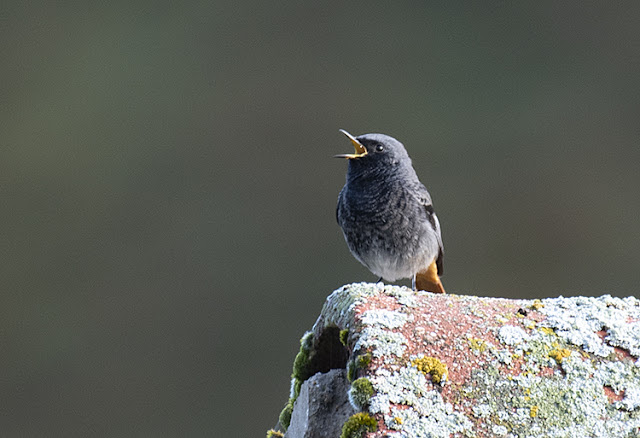 Following a post on a Mammal Watching Europe group on Facebook of a possible Wildcat spot over towards the Picos de Europa where we were planning on heading next anyway, we left Somiedo and it's amazing memory behind and headed off. A stop for lunch and a quick look around a couple of roads in the Montana de Riano Regional Park produced a rather unexpected Lammergeier near the village of Liegos, along with many Chough and an Osprey circling over the road by the Embalse de Riano and then carried on to Los Espejos to check in to our accommodation.

Having found our accommodation and had a short rest, we set out for a quick early evening drive to check out the area along the road between Boca de Huergano and Guardo where the post had suggested. Amazingly, we had been driving for little over five minutes when we saw our first Wildcat sitting in a roadside meadow, and in the next field was another one! We had no idea they would be quite this easy, and quite so early in the evening!!! Unfortunately this road is quite a fast road and doesn't have many places where it is easy to pull of the road with bends and/or barriers causing problems for would-be photographers! We ended up having to drive several miles past the cats to turn round and then back to the Boca de Huergano and then go back to find them but thankfully they were still in the same spot and one quite close to the road was by a wider part of the road where we could pull off. Unfortunately I wasn't quite as ready as Toni who was sat in the back of the car clicking away and by the time I had unfastened my seatbelt and got my camera up into position, the cat gave me a stare and then ran off a short way down the field. 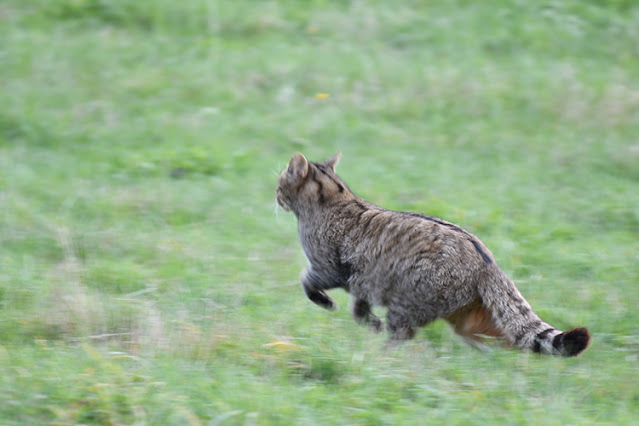 After another drive up and down the road, seeing a third cat as we passed, we returned to the original cat who had now moved to the field slightly further away and now was completely unconcerned by our presence as it stalked across the field searching for Montane Water Voles which live in burrows in the fields. 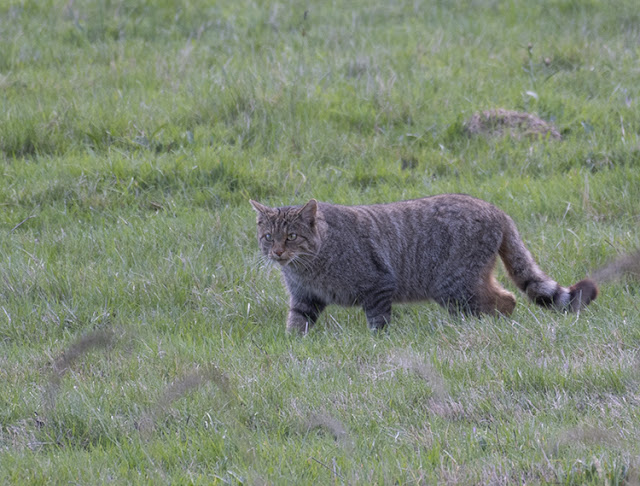 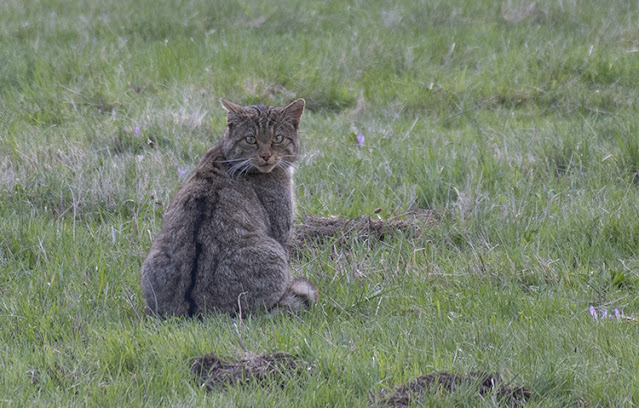 At one point, it successfully caught a vole and quickly dispatched and ate it before carrying on hunting, so we left it in peace to look for its next meal. 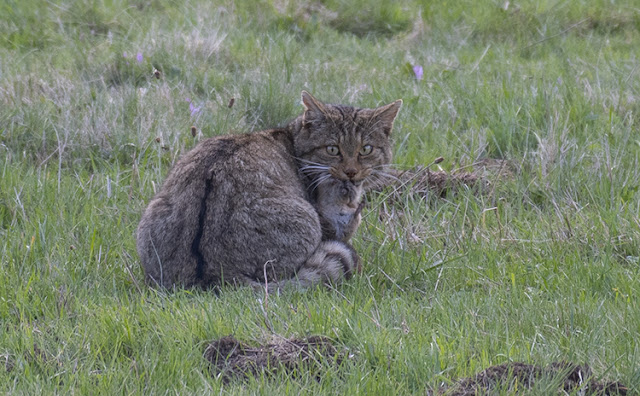 In total we saw 5 different Wildcats in just a 6 mile stretch of this road, we thought we'd be doing well to see one! Most though inconveniently were in fields where there were barriers and so no chance of being able to stop near them, though we have another day in this area, so will certainly be having another go in the morning when hopefully the light will be at a better angle.

Posted by Neil Calbrade Photography at 20:17